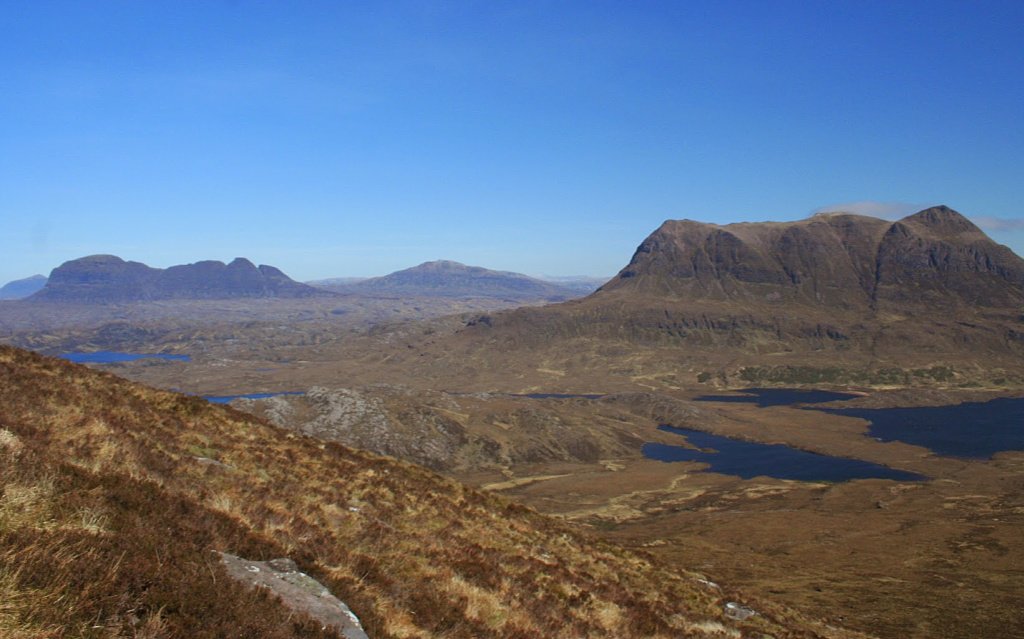 What shall we call ourselves?

There are two sorts of areas in Scotland. With one you kind of know what you’ll get by the general Scottish area name itself – Highlands, Lowlands, glen, firth and so on.

With the other, in a tourism context, it takes a bit more marketing effort. Sometimes it involves a ‘tagline’ – a phrase stuck on to the end of the Scottish area name, by way of explanation of where in Scotland and what you might like about it.

Actually, a tagline is a bit marketing-speak. It’s also a slogan. That is appropriate as the word derives from Gaelic ‘sluagh-ghairm’ – literally ‘army cry’.

What shall we call North-East Scotland?

Take that bit of Scotland in its north-east. (Normally, I would just say THE North-East, but appreciate that some of you furth of Scotland will think I’m talking about Newcastle way down there in England.)

Anyway, North-East Scotland – Grampian – has a big city (Aberdeen), plus a coastline and an upcountry bit, the last two aspects labelled Aberdeenshire. How to promote this chunk of Scotland with a good Scottish area name as a whole has been a preoccupation of the tourism folk for generations.

Years ago, I got a request from an Aberdeen-based agency with cash to spare and a brief to come up with a name for the area. They asked if I would wheel round the area some hot-shot brand marketing specialist from London, England (gasp).

I was charged with taking him on a ‘familiarisation’ trip around Aberdeen(shire) so that he could pronounce on what marketing name Aberdeen and Aberdeenshire should have.

In short he showed the kind of ignorance of Scottish geography surpassed usually only when an Oxbridge team on BBC TV’s ‘University Challenge’ get asked a question on exactly the same topic. (But why should he – or they – have known anything about another country at the top end of the British Isles?)

Anyway, he went off to cogitate and then pronounced that Aberdeen and Aberdeenshire should be called – wait for it – Aberdeen City and Shire.

It was a bit like proclaiming that the best name for Mr Marks and Mr Spencer’s shop was definitely, uhmm, Marks & Spencer – and as for those garage owners, Mr Rolls and Mr Royce, well, he might be able to come up with something if the fee was right…

The Highlands – Land of Leg End

…at least it was once until I spotted the misprint in the proof. (Legend, of course!)

On the other hand, if you have the job of promoting ‘The Highlands’ – well, that’s a lot easier. There is less politically-motivated argy-bargy about what you call yourselves, for a start.

For promotional purposes using ‘Highland’ in your Scottish area name doesn’t need a lot of explanation. It doesn’t take much research from a potential visitor to work out they’ll get mountains and tartans and probably hairy coos.

With the added bonus of a certain monster legend, Nessie, an internationally recognised icon living amongst lochs and hills, all tourism promoters have to do is bang on about the accommodation, the welcome and all that other stuff. You don’t have to explain the experience.

Take Loch Lomond – if you have an image already, then that’s helpful

Perthshire plumped for ‘Heart of Scotland’ years ago and you (geographically-speaking) can see why. It’s in the middle and sounds romantic.

Dundee got lucky with its iconic vessel RRS Discovery enabling an easy goal with ‘City of Discovery’. (And there’s a fair bit to discover in Dundee.)

It wouldn’t have worked if, say, an online poll at the time of the famous ship’s launch around 1901 had gone for ‘Freezy McFrostface’ as the name of choice.

What about (and where about) Moray?

(Pictured) The Glenlivet Distillery, up the back somewhere in Moray. Note the burnt patches on the moor behind. Grouse shooting country.

Other small areas of Scotland, such as Moray, in the shadow of the Highlands (in a sense), have a further problem when trying to work out their identity and/or location in a single phrase.

OK, it’s an old county; the name is associated with the Moray Firth, which has dolphins, which are definitely cute, but the most famous product is whisky which is up-country round the River Spey.

By way of compromise, the tourism folk of Moray call themselves ‘Moray Speyside’ for marketing purposes – geographically a little confusing, but ‘Dolphins and Distilleries’ would just have been weird.

Oh, and a word for aspiring tourism copywriters. Mention of Moray has just reminded me. Try to avoid the words ‘undiscovered’ and ‘hidden gem’ in area descriptions.

You can assume that if any part of Scotland is still truly undiscovered then that will be for a reason – and it’s unlikely to be a good one. Moray is sometimes just ‘overlooked’ or ‘uncrowded’. That’s different.

Scotland is small but highly diverse. For example, take the Scottish Borders. I’ve always thought the folk of the coast – say, around Eyemouth, have much more of a common heritage with other east side fishing communities, from Fife to Caithness, than they have with the inland ‘Common Ridings’ towns.

There, upcountry, the prevailing themes are their general horsiness, rugby, rivalry and sense of community pride.

Yet both are in the Scottish Borders. ‘Horses and Haddocks’ just wasn’t going to work. Instead, visitors can enjoy the diversity of the south of Scotland. And better a collective name than one that divides.

Scottish Borders used to be promoted as ‘Scotland’s leading Short Break destination’. (Not to be confused with Aberlour and Huntly – Scotland’s leading shortbread destination.) But joining forces with Galloway I note The Borders have now adopted the banner ‘Scotland starts here’. (Gosh I used to write ‘the real Scotland starts at the Border’ so often 30 years ago!) Good stuff.

What shall we call ourselves on Scottish road signs?

It’s always interesting (at least for me!) to see how Scottish areas announce themselves on road signs. For years, I’ve whizzed past a sign on the A90 southbound that says ‘Angus – birthplace of Scotland’.

I assumed it referred to the Battle of Nechtansmere in 685AD. This obscure yet history-changing stooshie in what later became the county of Angus was really very important because it stopped Northumbrian (ie English) expansionism in its tracks near Forfar in Angus.

I’m paraphrasing here. Our very own Picts, led by King Bridei defeated the forces of King Egfrith of Northumbria. The Northumbrians’ power gradually faded thereafter and they retreated south of the River Forth.

(Pictured) Looking down from the slopes of Dunnichen Hill to the supposed site of the Battle of Nechtansmere, on the low ground, just right of centre in the trees beyond the gate.

The Scottish Border at Aberdeen?

Had they won, it’s possible the Scottish border may have been somewhere near Aberdeen today. Doesn’t bear thinking about.

And I really hope that King Bridei went to give his name to the Forfar bridie, a kind of meat pastie famed almost as much as the Arbroath smokie in these parts. Or maybe his warriors feasted on Dark Ages bridies afterwards.

Mind you, when the 7th-century Picts were giving the Northumbrians a good kicking, Scotland didn’t actually exist. It only came into being in the 9th century, after the Picts (the east-side locals) and the Gaels (the west side folk from Ireland) had got together.

They settled their previous differences because the Vikings (the Johnny No-Mates of the Northern Seas) at the time were being positively insufferable.

Oh, wait: the Declaration of Arbroath – of course!

Actually, and I hope I am not being obtuse, I was reliably informed by a Dundee-based academic that the phrase ‘Birthplace of Scotland’ on the road sign really refers to the Declaration of Arbroath. Ah, right…

As many Scots know, this 1329 document , assembled in Arbroath, Angus, was addressed to the Pope, hoping he’d acknowledge and approve of the nation of Scotland and, even better, explain the idea to England, who were being extremely irritating about the subject.

I usually mull this over for the next twenty miles, driving southbound, while thinking that the road sign for Aberdeenshire ‘from mountain to sea, the very best of Scotland’ (A98 eastbound, after Cullen) is much more successfully bland and uncontroversial.

Is that interesting? Or just ‘not bad’?

And Aberdeenshire, in turn, reminds me that the barest, bleakest part of it (my home county of) Buchan, under administrative reorganisation way back when, became ‘Banff and Buchan’. It then promoted itself with the unforgettable tag-line ‘Banff and Buchan – that’s interesting’. * See note below.

Seems to sum up the Scots’ talent for understatement, wouldn’t you say?

Finally, in this brief survey of what some parts of Scotland call themselves for tourism marketing purposes, there is an alternative, sometimes used south of the Scottish Border.

Label your area with the name of a famous figure, usually literary, eg Bronte Country, Catherine Cookson Country and so on.

Monkey business in the Mearns

‘Burns Country’ is still a creaky kind of label associated with Ayrshire. I have also seen Ayrshire described in print as a county ‘steeped in burns’ – OK, with a capital ‘B’, which makes it sound exceptionally soggy (at least to us native Scots).

The Burns Country label is probably as old as ‘Scott Country’( which really belongs to the North British Railway’s promotional efforts in Victorian times by way of brochures and big railway posters). It reminds us again of the role of Sir Walter Scott in popularising parts of Scotland, notably the Trossachs.

This literary labelling has also been tried in one specific location: the Lewis Grassic Gibbon Centre, south of Stonehaven, recalling one of Scotland’s finest writers of the 20th century, who died tragically young.

And, yes, it is true. Apparently, visitors see the sign, turn off the A90, then turn up to the Grassic Gibbon Centre asking where the monkeys are.  Moral: the key word here is ‘famous’ – really famous.

*Note. (‘That’s Interesting’) I once mentioned this slogan in a talk and was approached afterwards by a marketing man for Aberdeen tourism who said he still had boxes of mugs labelled with the unforgettable epithet. He kept them in a cupboard under the stairs at his work. They must surely be collectors’ items now?